skip to main | skip to sidebar


THIS BLOG HAS BEEN RETIRED AND WILL NO LONGER BE UPDATED,

Gristleizer now in 5U Modular format 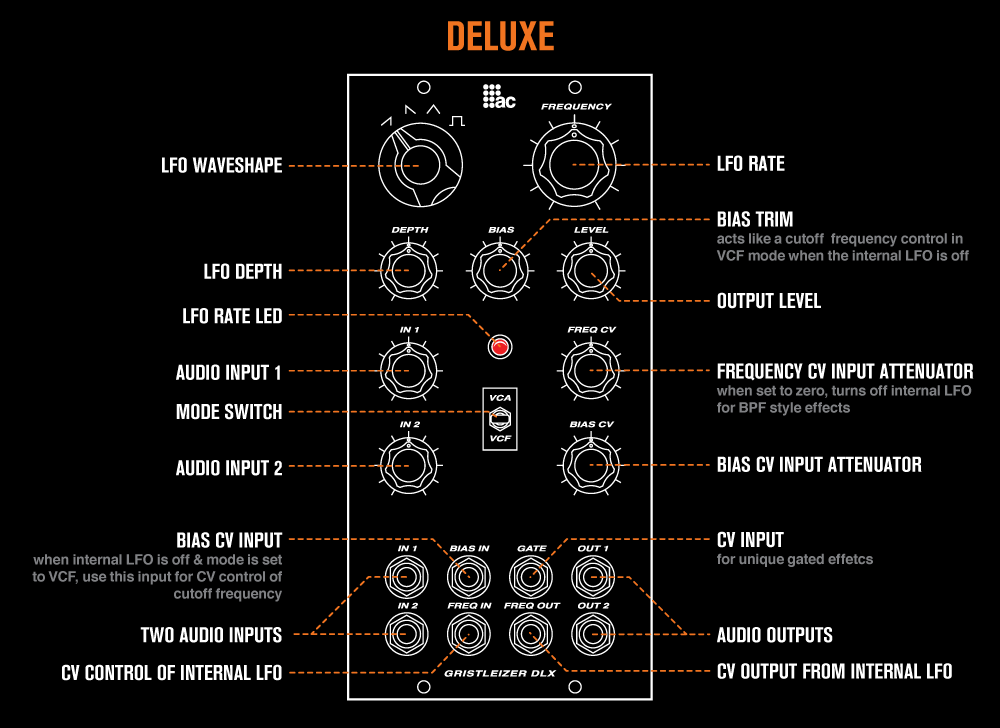 Please note:
I am posting this information as a service to anyone who may be unaware of this module but may be interested. I have no affiliations with analogcraftsman.com and I cannot vouch for the quality of this module as I have not used it.
No comments:

I know this is quite old news to some but there is an interesting DIY Gristleizer section over at the 'gaussmarkov: diy fx' web site. It includes a comprehensive list of instructions, schematics and a parts list based on the original Row Gwinn design, plus many comments by other Gristleizer DIY'ers.

Apart from building my own custom Eurorack Gristleizer module - still 'in progress' - development is also currently underway by a modular synthesizer manufacturer of a voltage-controlled Gristleizer in a standard Eurorack panel format. More details will appear here during 2010.

ps:
don't email me for further details as I can't say anymore at this stage
No comments:

The 1975 'Guitar Effects Processor' (GEP) schematic drawings on which my original Gristleizer unit was based are now available on my Flikr site (in high-res). ORIGINAL SCHEMATIC

UPDATED 8/03/10
I recently found the original practical Electronics magazine this circuit came from and have now included it on my Flikr Gristleizer pages.

Click the image below to view the high-res scans.

Here are the details:
The Gristleizer is in essence the audio processing element of a synthesizer that can work with any audio signal source. It has an LFO with four selectable waveforms that modulate the audio path in one of two modes: VCA or VCF. Also included is an 18v power supply (only U.S. 120v 60Hz at the moment), a PDF user manual will be also available soon. Each type of Gristleizer is priced at : $375

The Gristleizer - on Boing Boing

From Which the Gristleizer Came 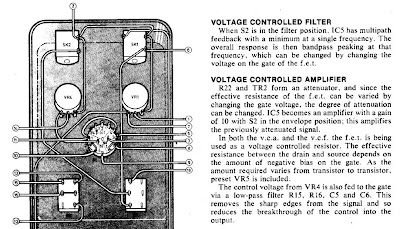 There is an extensive piece on the Matrixsynth blog regarding the origins and further development of the Gristleizer, with comments by myself, Tom Bugs and Endangered Audio.

Click here to read the whole article
No comments:

The Gristleizer Reproduction in action

Here is a video I made using two of the new reproduction Gristelizers to modulate two FM3 Buddha Machines.

In 2009 Smashing Guitars-Endangered Audio in Asheville, USA designed a reproduction based very closely on Roy Gwinn's circuit and my modifications and casing (see below). These 'reproduction' Gristleizers are fully endorsed by me and Throbbing Gristle and are available directly from: http://www.myspace.com/smashingguitarsasheville

This is the TG 'handing over' ceremony in Chicago in 2009 where Charles Howes presented each member of TG with their own numbered Gristleizer. Each one was also signed by all TG.
Left to Right: Me (Chris Carter), Peter Christopherson, Charles Howes, Cosey Fanni Tutti, Genesis P-Orridge.

Me signing the first batch of the reproduction Gristleizers

The original Gristleiser (aka: The Gristleizer or Gristliser) was a special effects unit used by industrial experimental band Throbbing Gristle during the 1970s & early 1980s'.


The original Gristleiser was made by me and was based on a design by Roy Gwinn that was published as the 'GEP' (Guitar Effects Pedal) in Practical Electronics magazine and sold in kit form (just the PCB & components) by Phonosonics in the UK in 1977.


I never made any secret of the origins of the Gristleizer design, and in fact I had the Phonosonics schematics on my website for anyone to access use for a number of years. However, for my adaption of Roy's design I added some modifications of his own and designed and made a completely new case and constructed units for myself, our band (Throbbing Gristle) and various friends around the world, only probably about 12 units in total. Cosey's Gristleizer unit was still working until April 2009, but mine was unfortunately lost (or stolen) shortly after being exhibited in the TG24 exhibition in London in 2002. BTW: I would really appreciate the return of this unit, no questions asked!

The photos below show Cosey's Gristleizer from 1977, which was still functioning until 2009. It was the third unit I built but only the second to be fitted into this case design. It has the serial number 02 on the base.

Except for the first prototype (which was in a slightly larger case) all the Gristleizers I made were built into this case design.